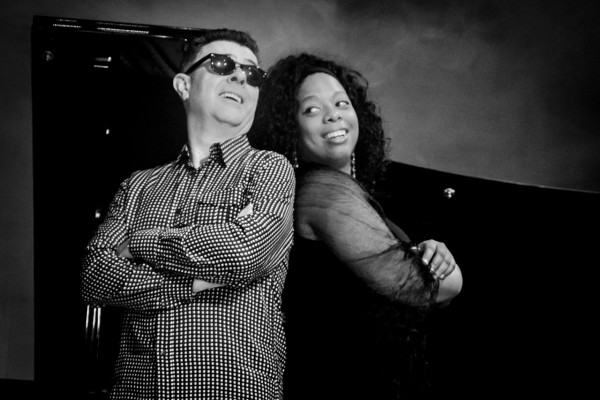 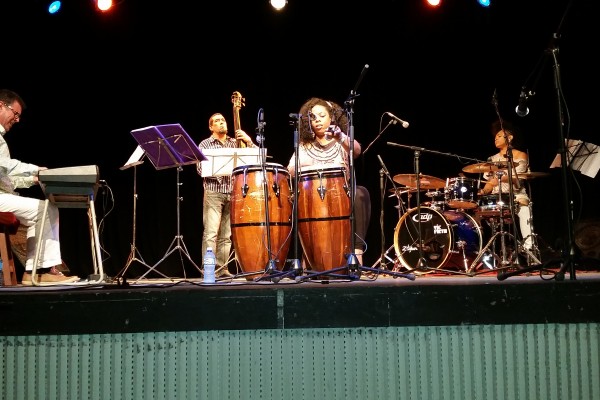 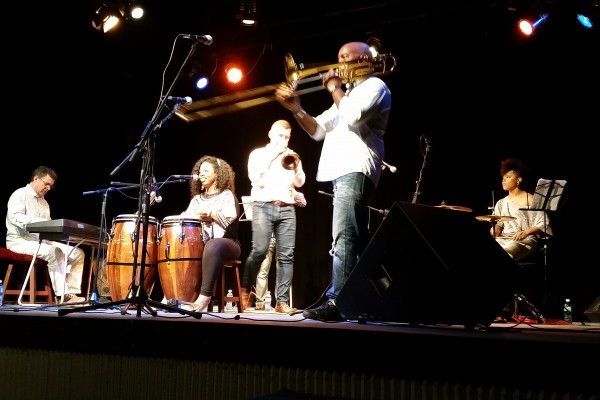 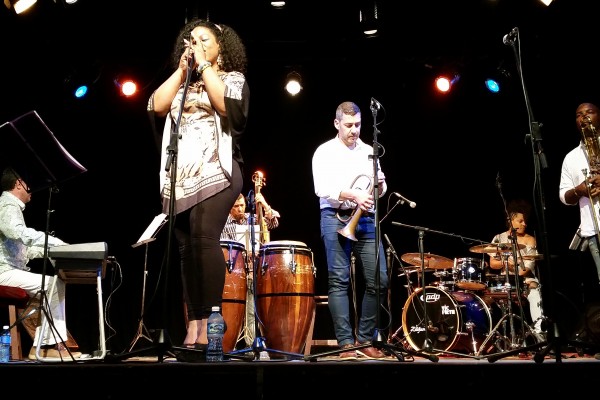 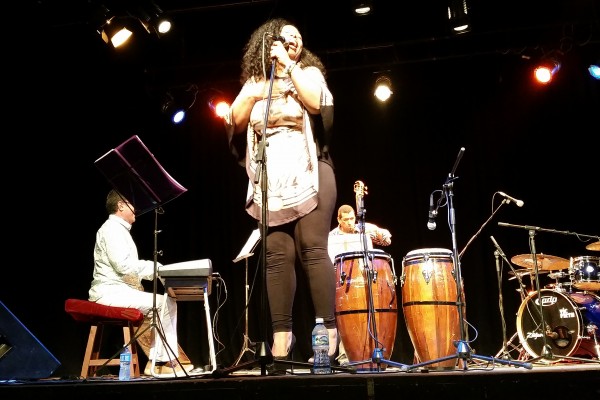 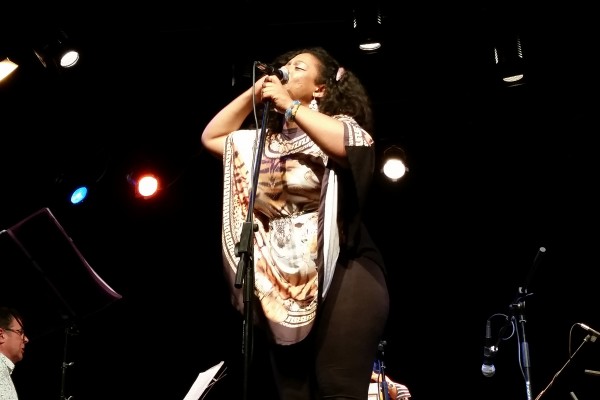 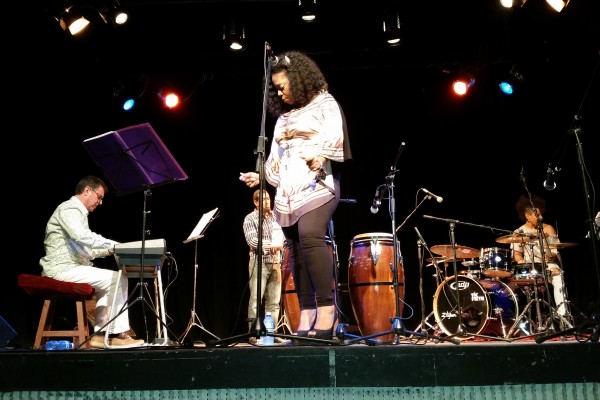 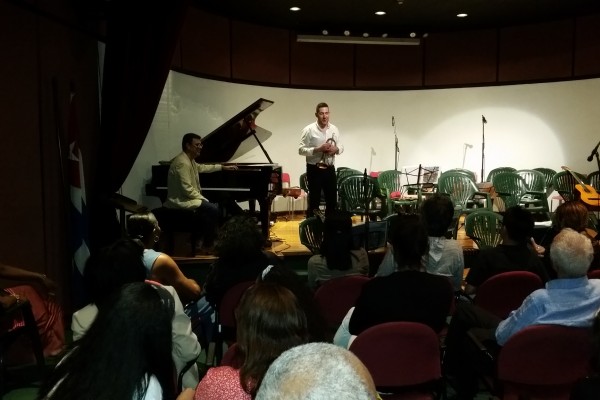 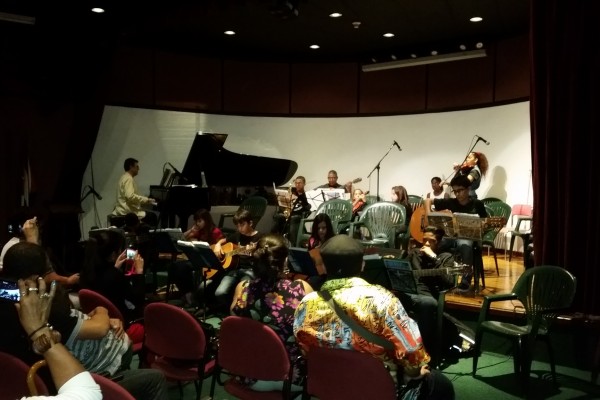 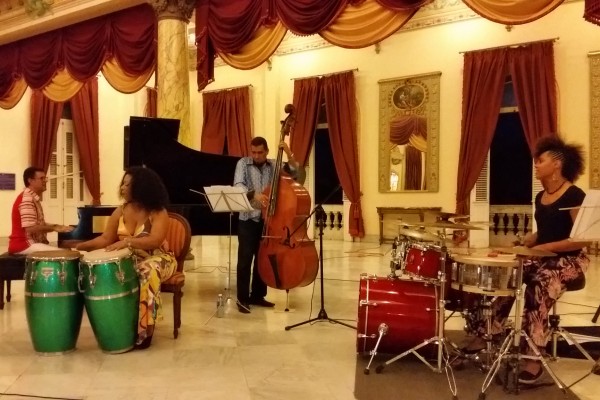 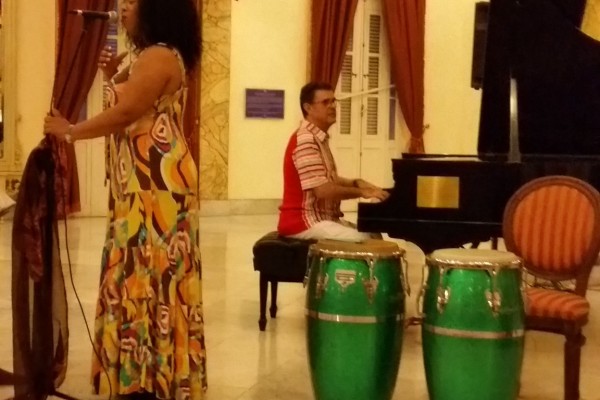 Corrente do Golfo Is a project framing within the latin-jazz stream, whose sources of research focus on showing some of the causes and motives of the musical movement generated in Cuba in the second half of the nineteenth century and first half of the twentieth under the influence and momentum Cuban and Spanish / Spanish musicians, poets and pedagogues / pedagogues, whose lyrical and musical improvement is produced in European colleges to later support the development of popular Afro-Cuban music genres and Cuban jazz, of great value and recognized international prestige.

XXXI International Jazz Plaza 2015 – La Havana. Beginning of the Conde-Tarín duet perfoming in a quartet training with the cuban drummer Yissy Garcia and the cuban contrabassist Jorge González playing in a series of concerts within the program of jazz festival of Havana. 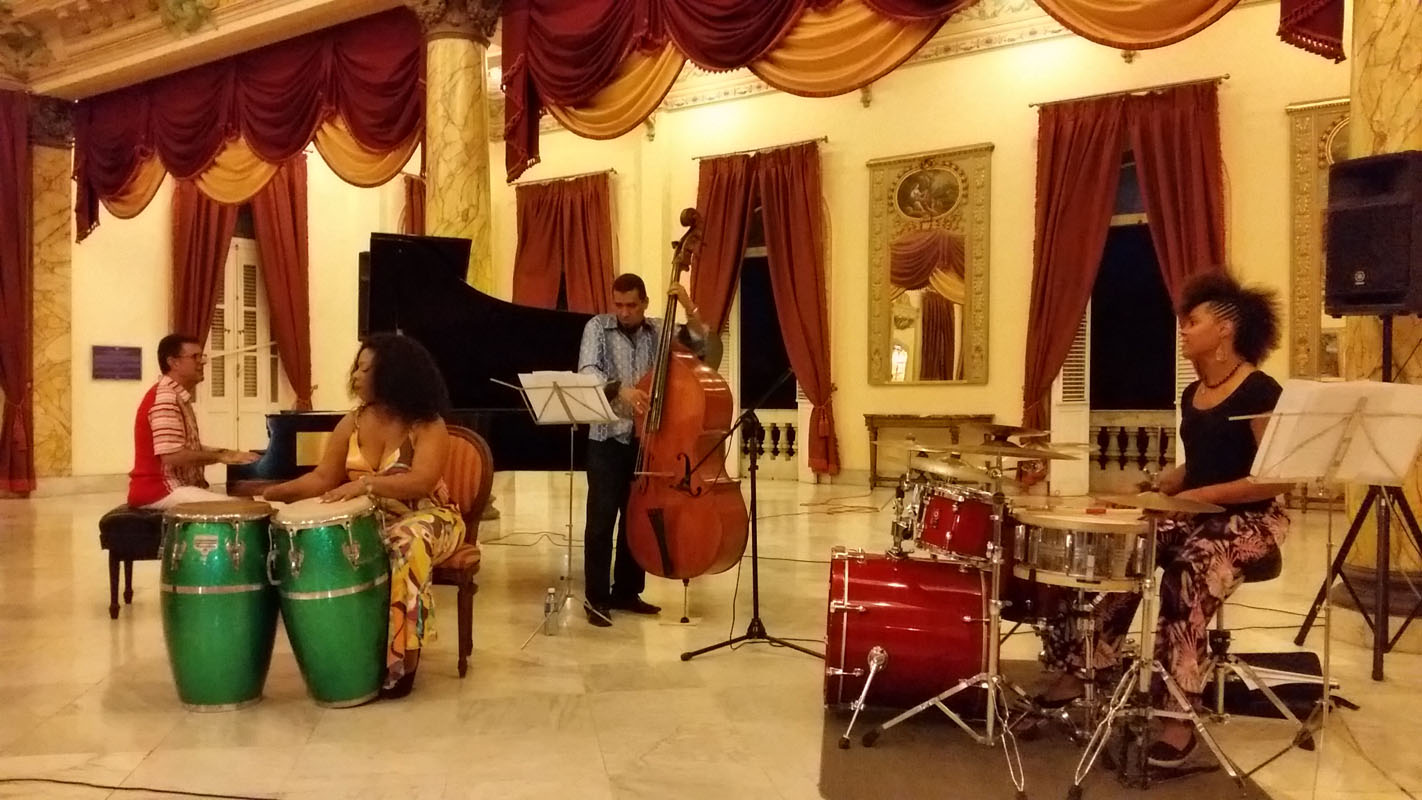 The Peruchin Jazz and Tradition with the leader Peruchín, and El Peje and El Fino in the picture (members of Chucho Valdés and The Afro Cuban Mesengers) invite the Conde-Tarín duet to one of his concerts in the Jazz Plaza Festival. 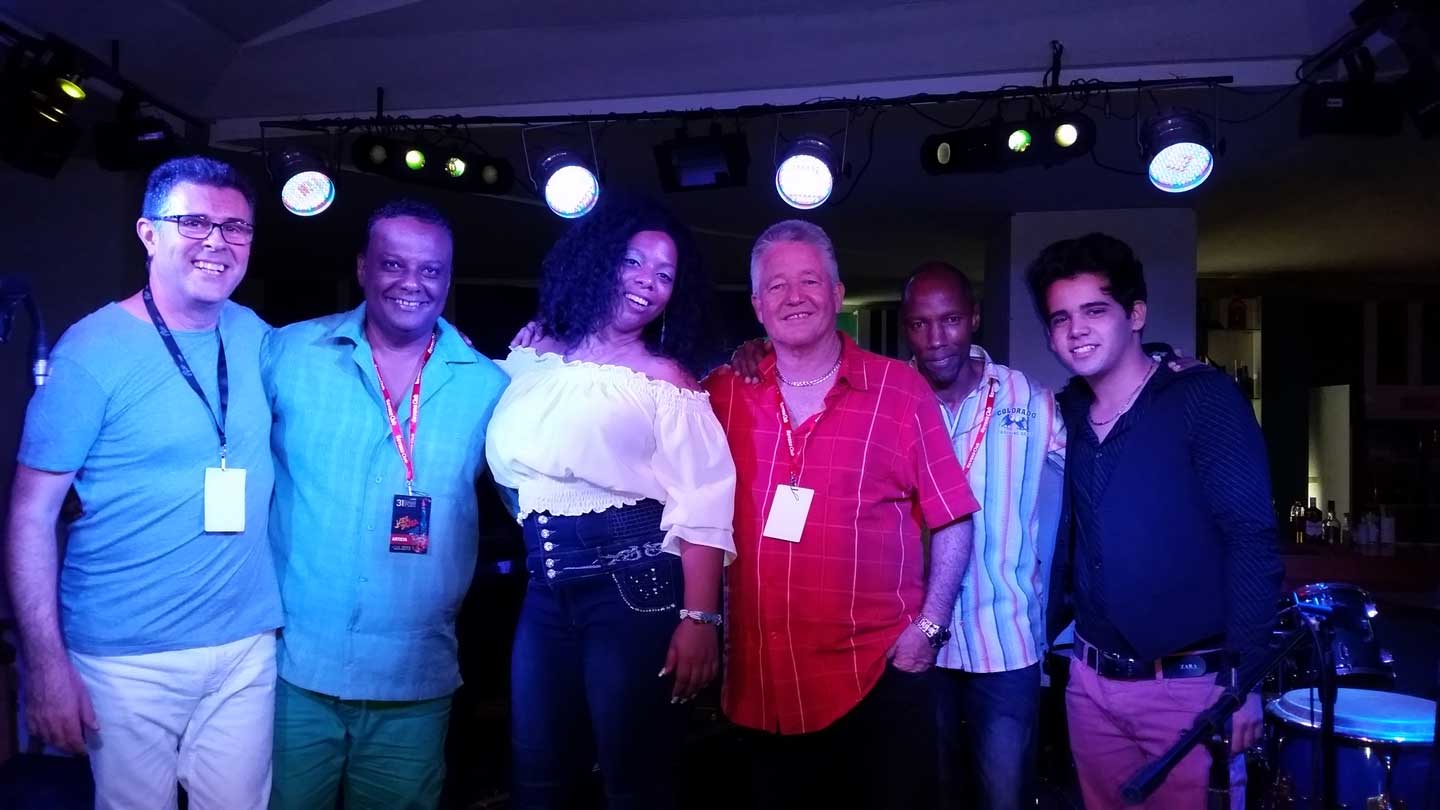 The National Center for Popular Music and the Center for Research and Development of Cuban Music awarded the diploma to Alberto Conde in recognition of the participation in the XI International Jazz Colloquium of the Havana Jazz Festival. 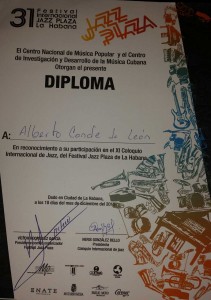 Cuban jazz continues to be a constant source of creativity…

CORRENTE DO GOLFO. A NEW SON OF JAZZ

12th-1st-2016 is performed a public concert recorded in audiovisual format in the Garufa Club of A Coruña (Galicia), which is the first block of recordings planned for the Project. 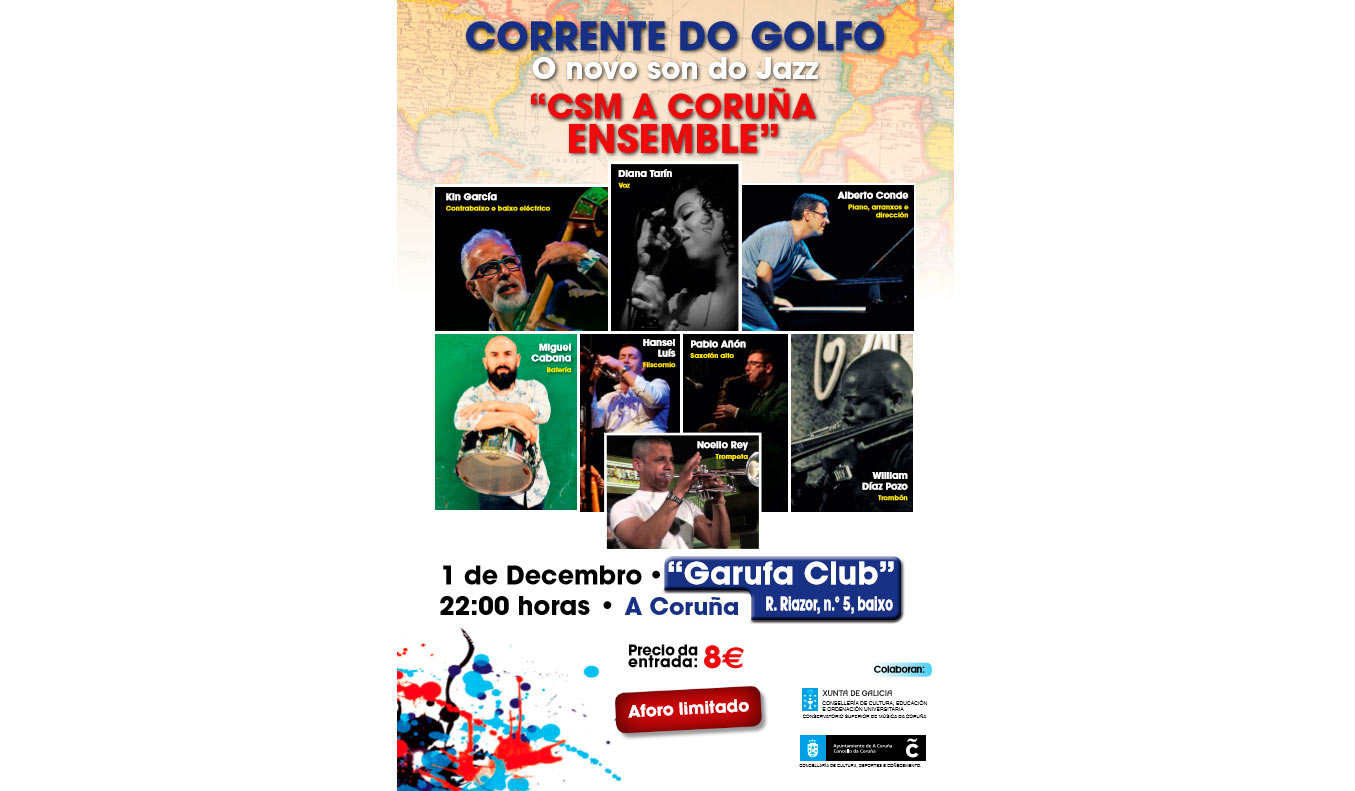 On May 24th and 25th-2017, a second chapter of audiovisual was recorded for the project, It was make video-audio at García Barbón Theater, at Martín Codax Auditorium and on beaches and open spaces around Vigo city (Galicia). In this recording participated a wide cast of musicians from different disciplines, between soloists and formations of recognized prestige from Galicia and Cuba. Forty musicians were cited in the G.B Theater also in Martín Codax Auditorium of Vigo, recorded by Tolemias – Production Company, with script and coordination by Luis Cuntín and direction producer and musical direction by Alberto Conde. 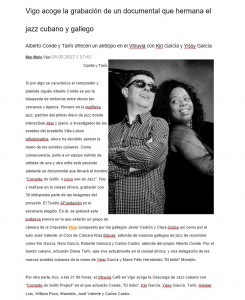 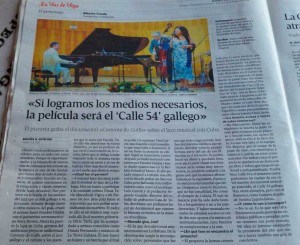 On the same May 24th, during the breaks of the recordings, a public preview was offered in live concert at the Vitruvia Café-Vigo, with the 1906 brand support. 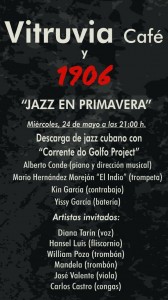 Presentation of the Corriente del Gofo in Naples and Salerno – Italy between February 26 and March 3.

There will be master classes in the specialty of Interpretation-Jazz at the Conservatory (College) of Music ‘Giusseppe Martucci’ de Salerno, within the Erasmus program, between February 26 and March 1 – 2018, both included, taught by Alberto Conde and Kin Garcia , professors at the Conservatory (College) of Music of La Coruña, and singer-vocalist Diana Tarín as a guest in the Afro-Cuban jazz specialty. 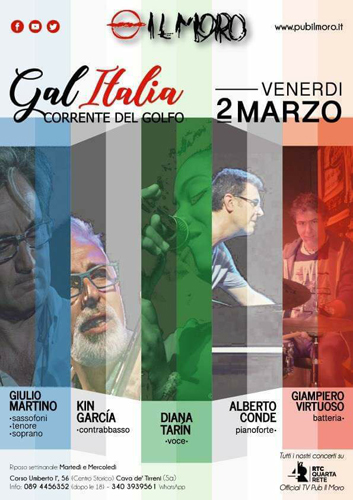